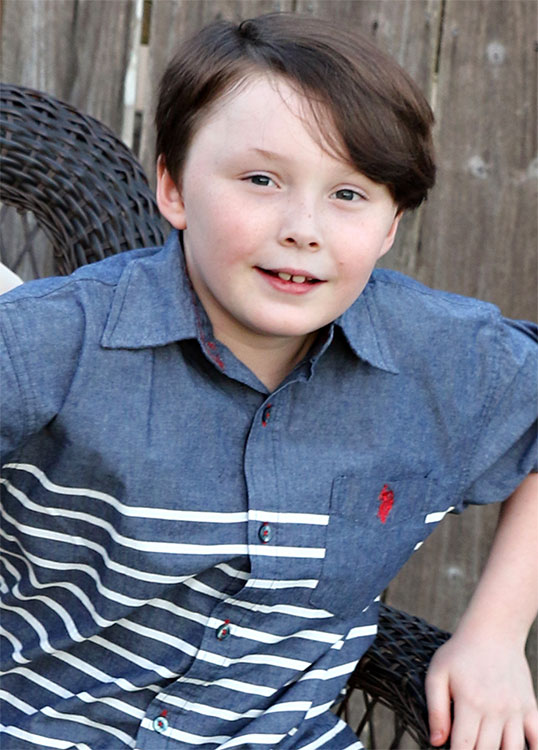 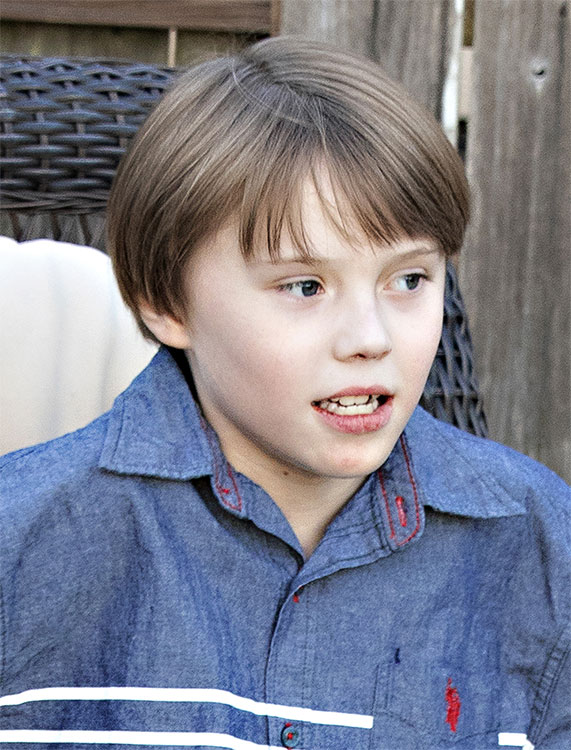 "We love each other."

Beaux and Britain are both very loving boys who are full of life and show an overwhelming kindness towards animals and children who are younger than them. Although their verbal communication skills are limited, this does not limited their bond with each other. Beaux and Britain enjoy laughing and playing with each other. Beaux is always willing and eager to be by Britain's side experiencing all the new things that they are learning and exploring as young children. They love to be read to, play with blocks or Legos, and play outside. Beaux is able to understand what is being asked of him more than Britain. Beaux is always willing to try to help Britain if he does not understand. Beaux loves to make others laugh and enjoys making his brother laugh, too. Both boys are extremely curious of their environment and love to explore everything around them. Together these brothers have an extraordinary amount of love for each other.

Beaux is very loving boy. He has a huge, kind heart and he never meets a stranger. He is able to communicate easily with others. Beaux's sweet demeanor is addictive. Beaux is happy playing alone or with others in a small group. He follows direction well and is easily guided through a task with instruction. He requires patience and frequent prompts and visual, hands-on instruction. Beaux is a helpful boy. He loves to be praised for his success. He enjoys spending time with people that he loves. Beaux enjoys laughing and having a fun time. He enjoys school and being with his peers. He rides the bus to school and does very well on the transport. Beaux does very well at school. Beaux likes to play video games. He is limited on his video screen time. Beaux is also very excited to play with and speak about action superhero figures and cartoon characters. He is able to talk about the characters and their magical powers. Beaux also enjoys dinosaurs. He knows all the names of the dinosaurs. He enjoys pretending he is a dinosaur and becomes very animated. Beaux has so much to share with his new family. So brush up on your super hero knowledge and be ready to be entertained by him. There is never a dull moment when Beaux is present!

Britain has a reserved personality. He responds well to a structured and organized routine. He is stimulated through concrete and visual objects. Britain is non-verbal. He communicates through noises and visual prompts. Sometimes, he responds in an unfavorable manner. Britain requires support in interacting with others. He will try to engage with others, but he becomes frustrated because he is unable to express himself verbally. Britain is happy playing alone or with an adult. He likes to receive all the attention from his caregiver. Britain follows directions, if he is closely guided through a task with visual instruction and assistance. He requires a lot of patience and constant prompts from his caregiver. Britain loves to be praised with external rewards for his success. Food and manipulative tokens are very effective for Britain. He enjoys spending time with people who show him a lot of affection and attention. Britain enjoys school. He requires constant supervision and guidance while at school. Britain likes playing video games, even though he does not understand how to play the game. He is limited on his video screen time. Britain is very excited to play with action superhero figures. He also enjoys things he can manipulate, such as blocks. He is successful in organizing and putting items into a line. He receives great satisfaction from seeing his manipulatives in a neat line. Britain is easily distracted, unless he has support and guidance during play and learning. Britain has so much to share with his new family! He will progress best in a placement with his twin, Beaux.

The family who is be best suited for Beaux and Britain is a family who understands their emotional and behavioral needs. Their family will advocate for their needs in the school system, with supportive services, and other various providers. The parenting style which will be best for both boys is a style that is structured, calming, patient, and is able to provide careful supervision. Their family needs to understand that Beaux and Britain will need support in various areas of their life through adulthood. Both boys do well with dogs.

Child is under Texas Department of Family and Protective Services.