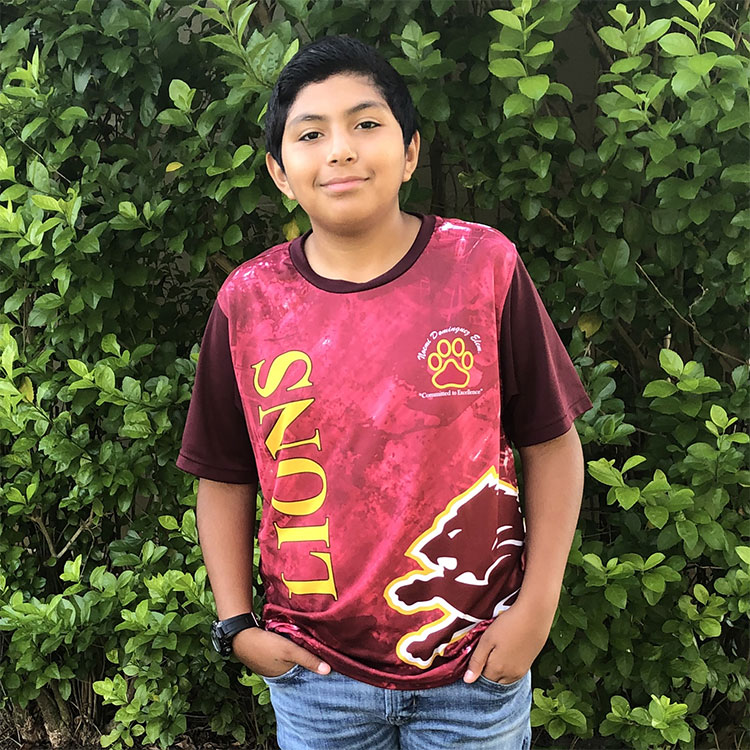 We love to play football and would love to have friendly family games. We would like parents that love us and are caring. We also love dogs.

Samuel, Ethan, and Aubrey are a social and outgoing sibling group who enjoy staying active. These three siblings love one another very much and are supportive of each other's dreams. Samuel, as the eldest, looks out for his siblings. Samuel will also include Aubrey when he plays with Ethan. Ethan is the middle child and looks up to his big brother for support and as a role model. Aubrey is the youngest child, and always goes to her brothers for help or comfort. Samuel, Ethan, and Aubrey are very friendly children who make friends easily. The children enjoy eating pizza and spaghetti and spending their time outdoors. Faith is important to these three siblings, they believe in God and enjoy going to church and being taught lessons from the Bible. The boys would like to have a big dog, while Aubrey would prefer something small such as a poodle. The siblings look forward to attending a Dallas Cowboys game with their forever family someday!

I am ready to play football or watch a Cowboys game.

Samuel’s family will be loving and provide a safe home environment. He would like a family who supports his faith. Samuel needs a family who will play with him, and be patient and understanding of his background. Samuel would love to enjoy football games as a family, even if they do not support his team. Samuel will be adopted with his siblings, Ethan and Aubrey. Samuel would like to have brothers who like to play football with him and his siblings. Samuel would also love to have a dog as a pet.

Ethan’s family will be loving and provide a safe home environment. He would like a family who supports his faith. His family will understand his background and be patient with him. Ethan would love to enjoy football games as a family, even if they do not support his team. Ethan will be adopted with his siblings, Samuel and Aubrey. Ethan would love to have more brothers who can join and play football with him and his siblings. Ethan would like to have a pet fish, dog, and horse.

I love to play Barbies and enjoy swimming on hot days.

Aubrey is a sweet child who enjoys playing with Barbies. She enjoys spending time in the pool on hot days. Aubrey also likes to play football with her brothers. Her favorite football team is the Dallas cowboys. Aubrey likes playing video games and her favorite ones are Mario Kart and Transformers. Her favorite colors are pink and purple. Aubrey’s favorite food are pizza, spaghetti, and Mexican soup. Aubrey is not a picky eater and is willing to try new kinds of food. Aubrey’s favorite school subjects are math and science. Aubrey likes watching My Little Pony and Barbie. She enjoys attending church on Sundays.

Samuel, Ethan and Aubrey will benefit from parent(s) who are understanding and patient. The children’s parents will be loving and supportive of their goals. Samuel and Ethan would like to have a big dog in he home, such as a German Shepard, and Aubrey would like a smaller dog, such as a poodle. The children would like to be able to attend church on Sundays. Their family will make no differences between them and have a forever home with them. Samuel, Ethan and Aubrey will do great with a family who is active and outgoing. These three siblings get along with other children and are interested in a family with pets.